This was a large project that features 12 information panels (1,5 m x 1m), each focusing on a different biotop of the area, including the species that can be found within it. Each panel has text in four languages, as the area is primarily visited by tourists. The leaflet comes in a French/German and English/Dutch version.
All the designwork was put together in Adobe InDesign. Most of the species illustrations are hand-painted, then scanned into Photoshop and later transferred into the InDesign document. 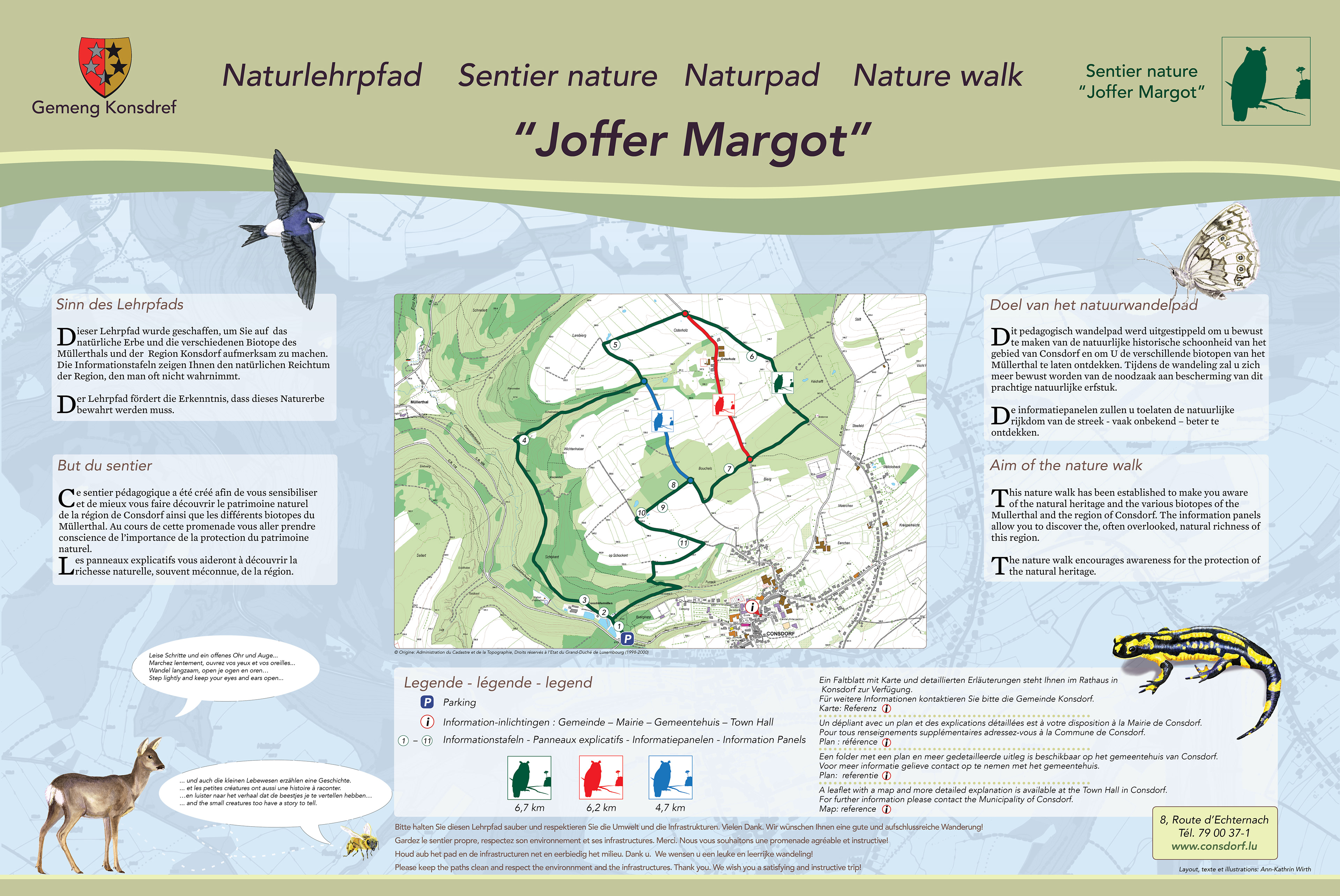 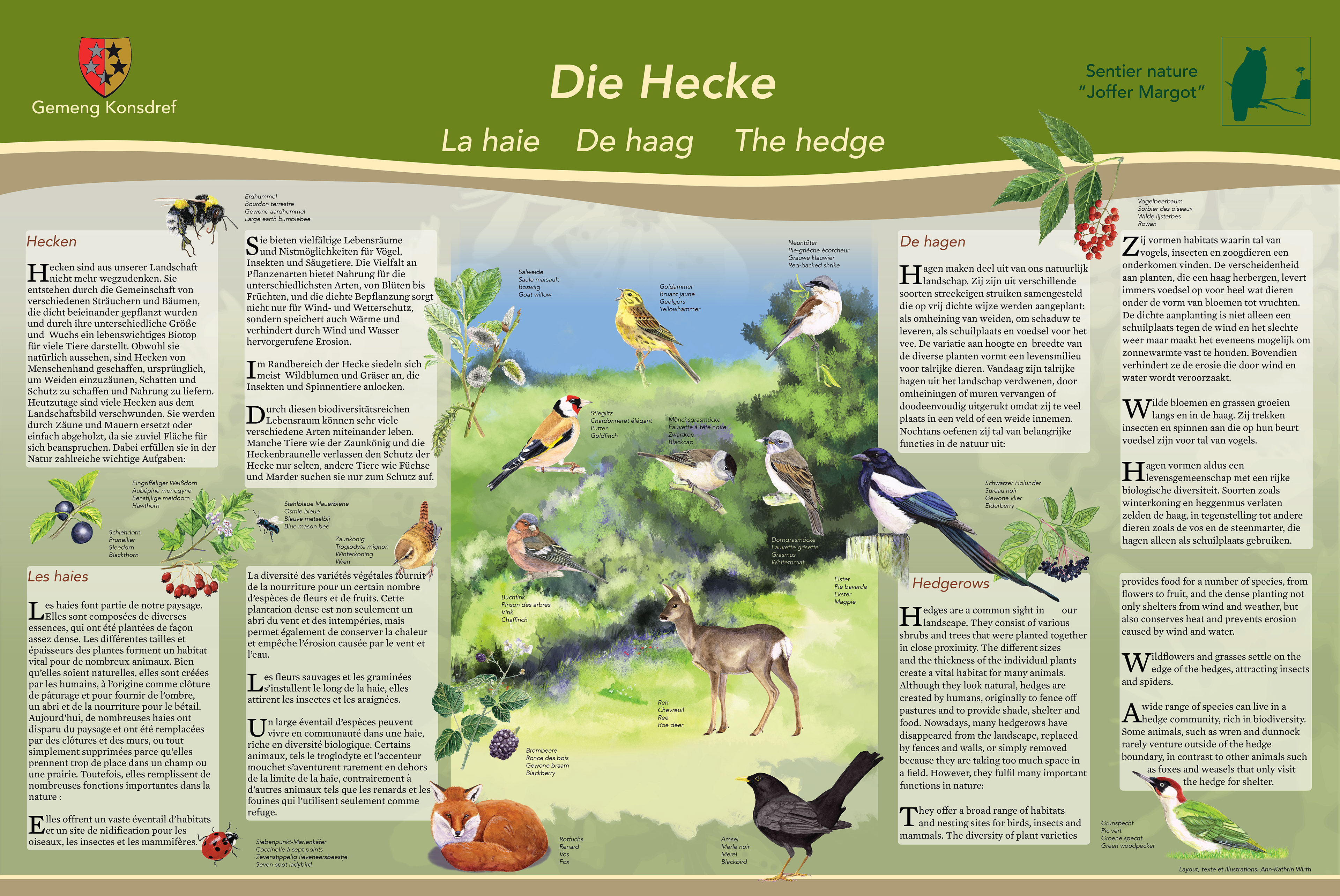 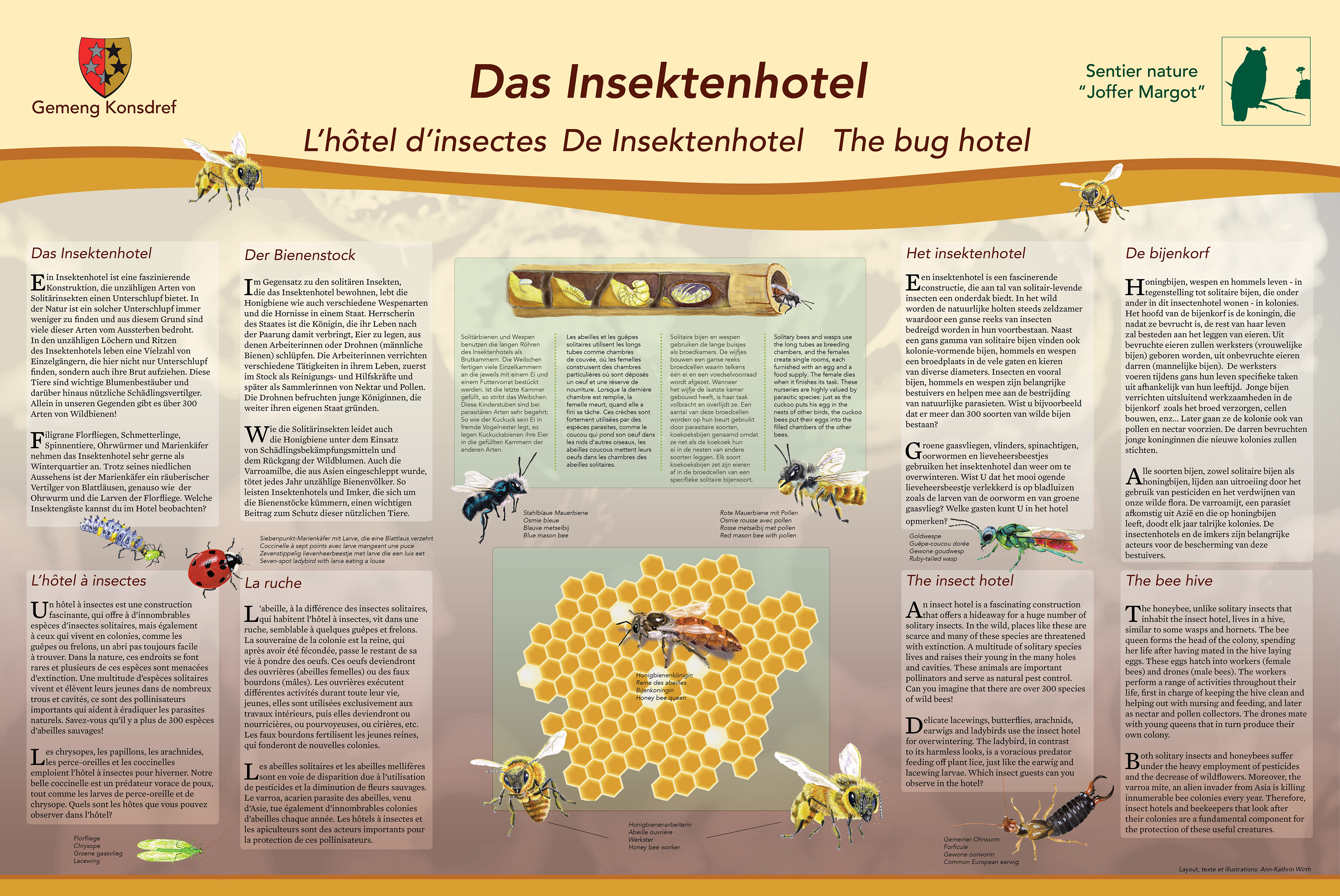 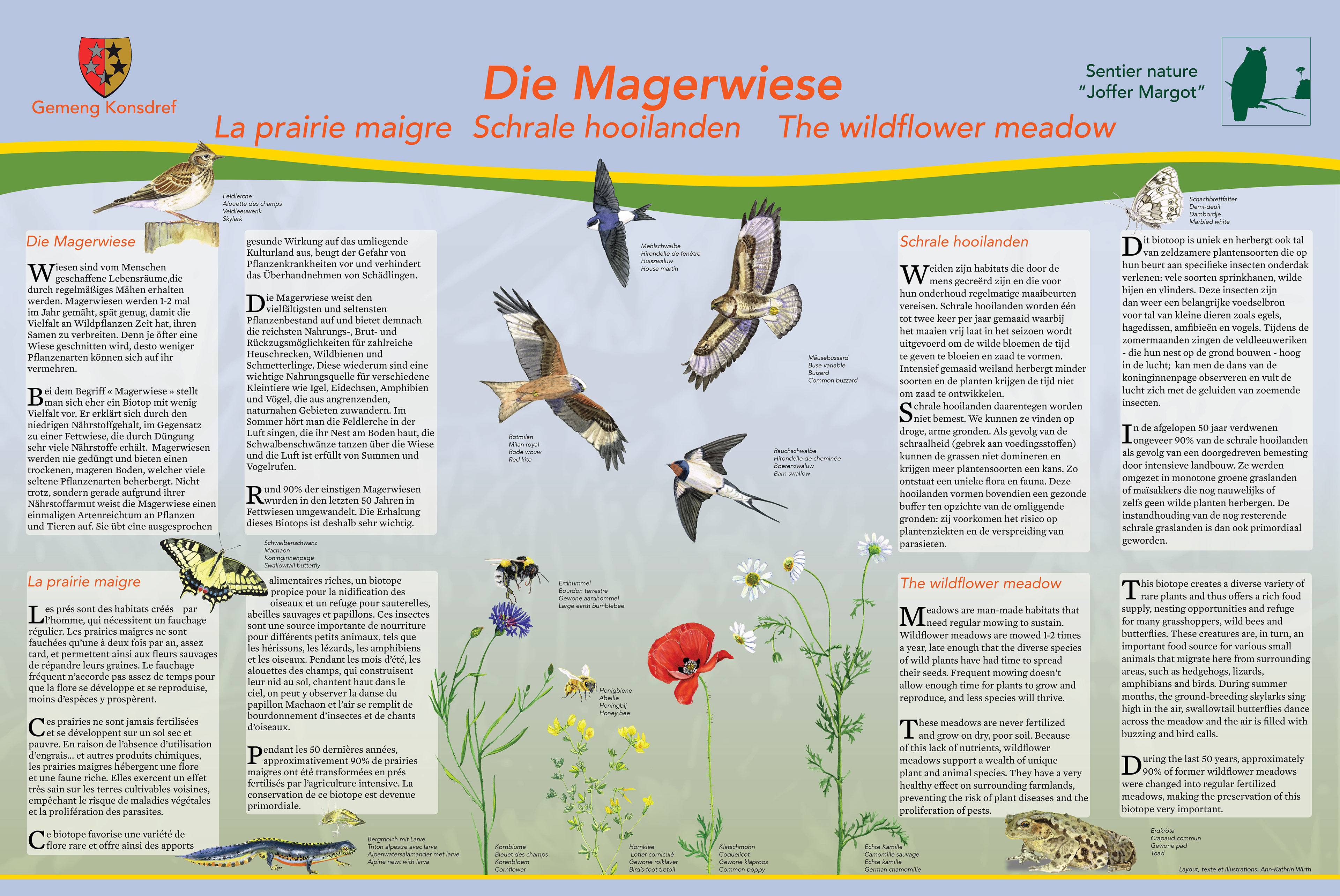 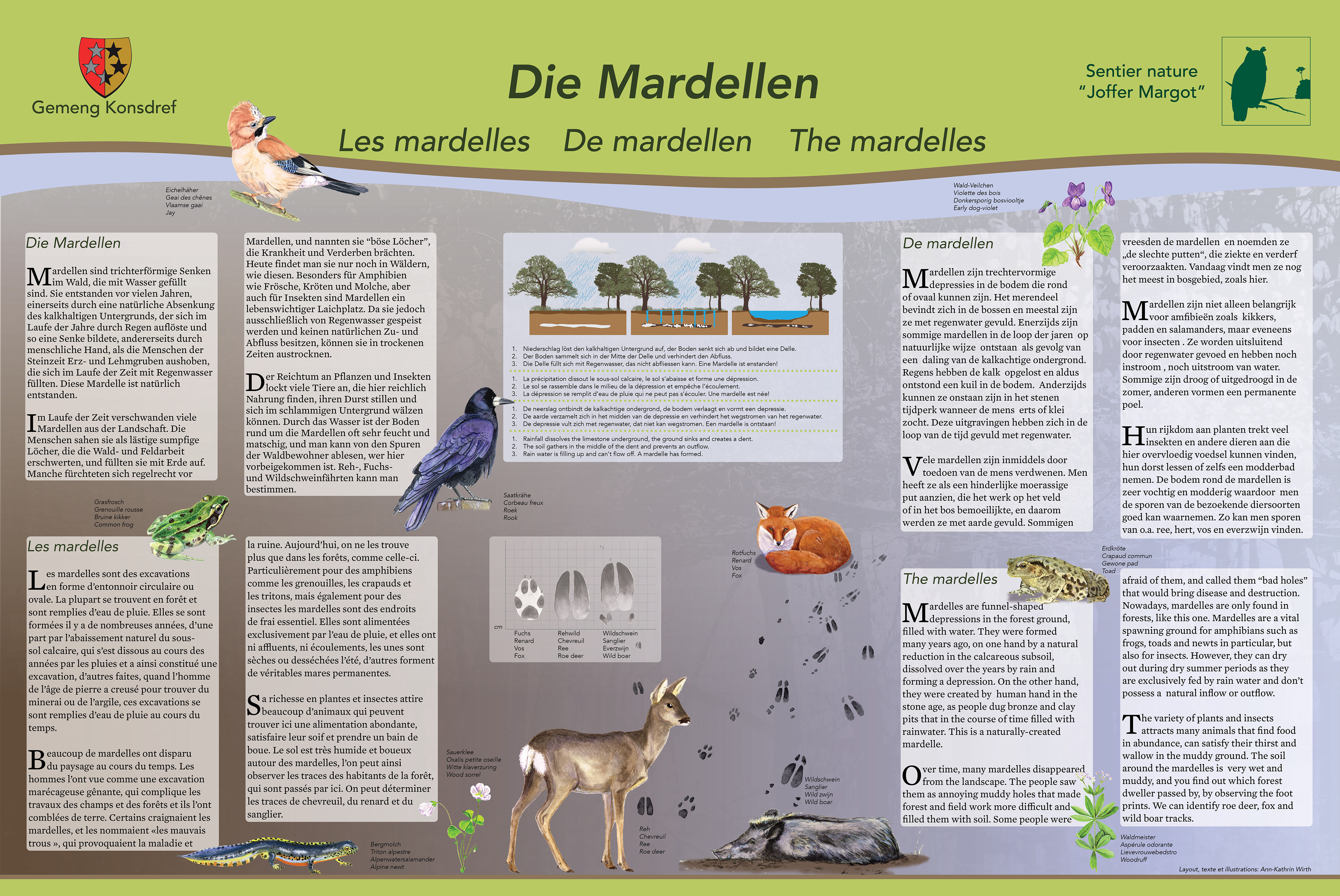 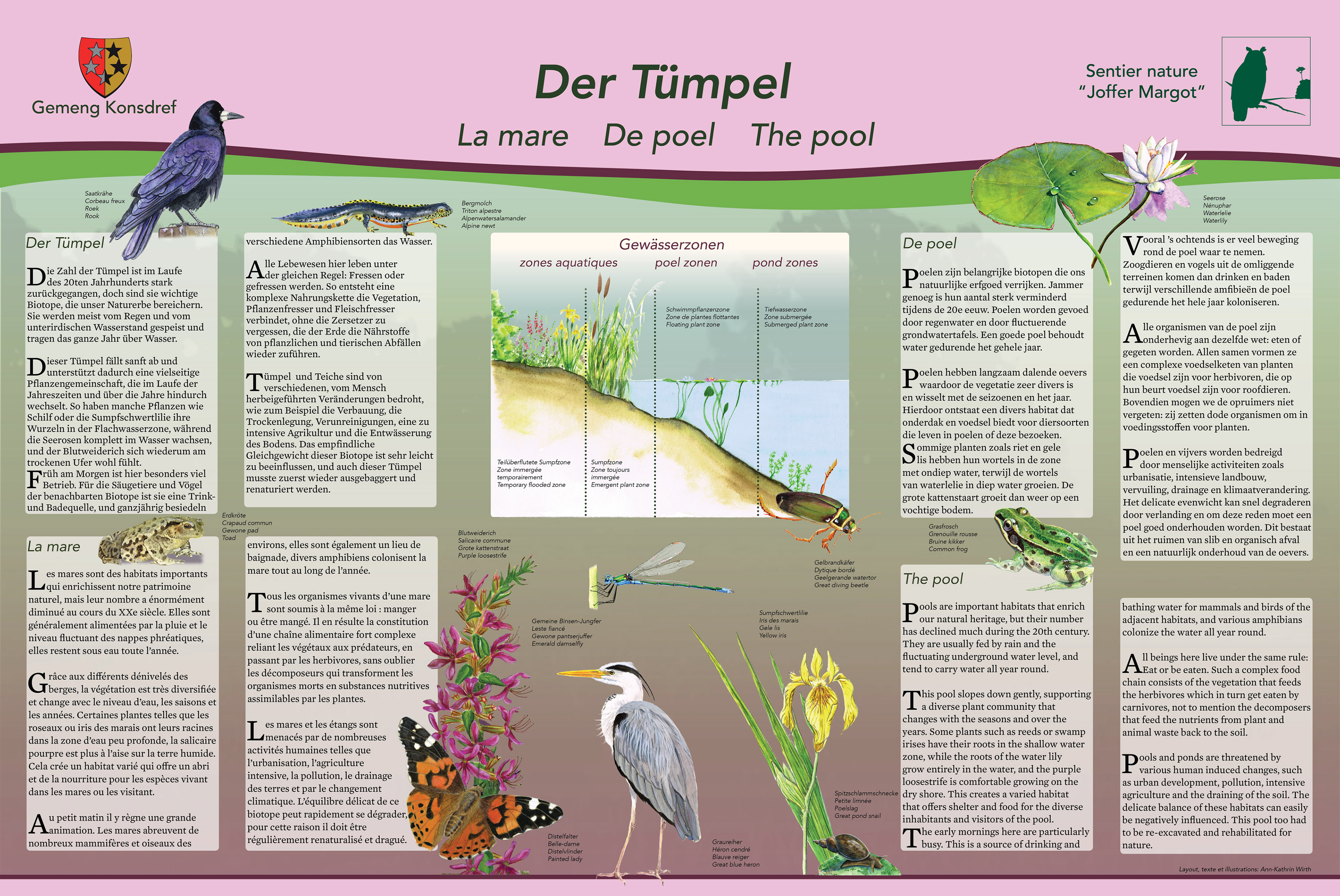 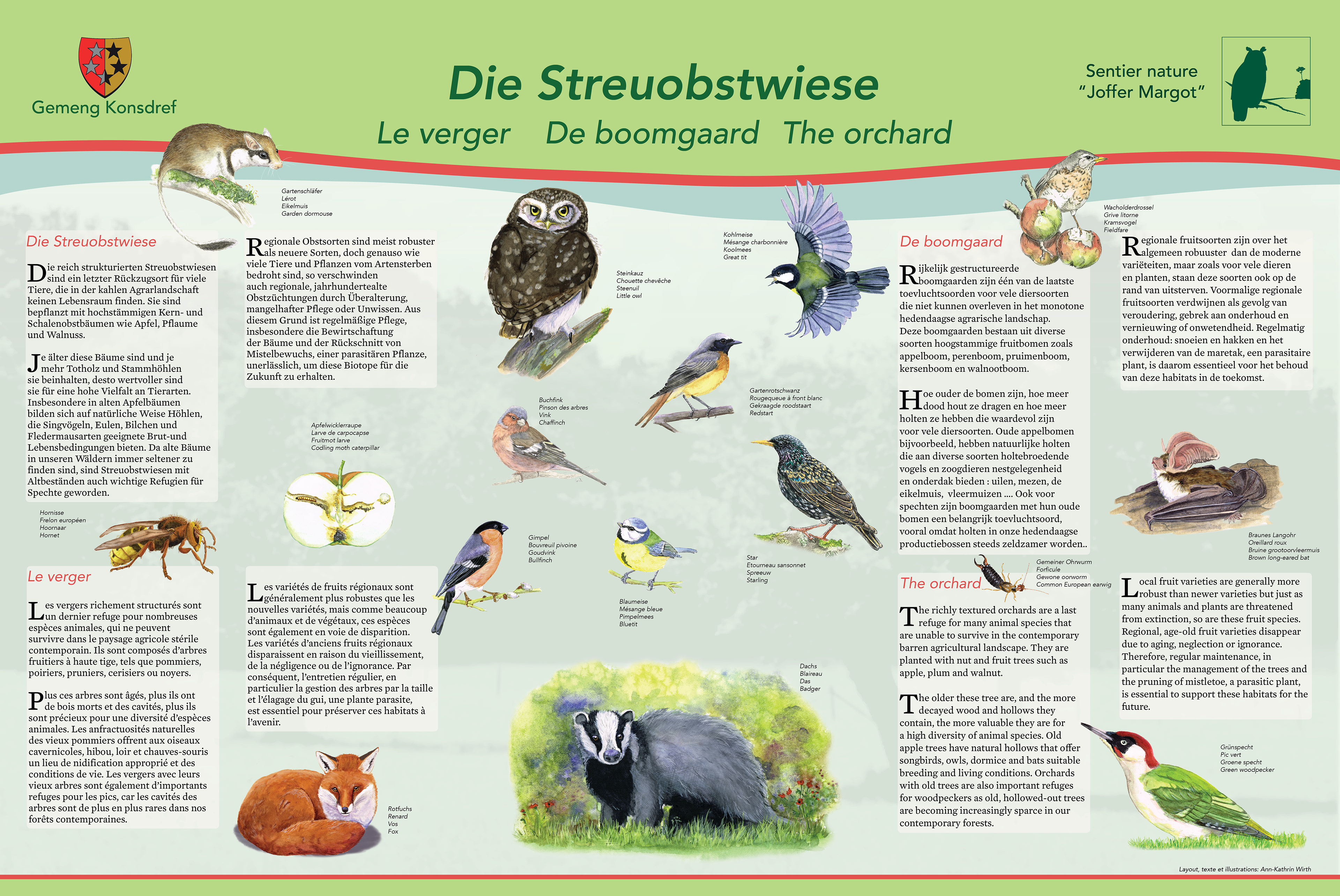 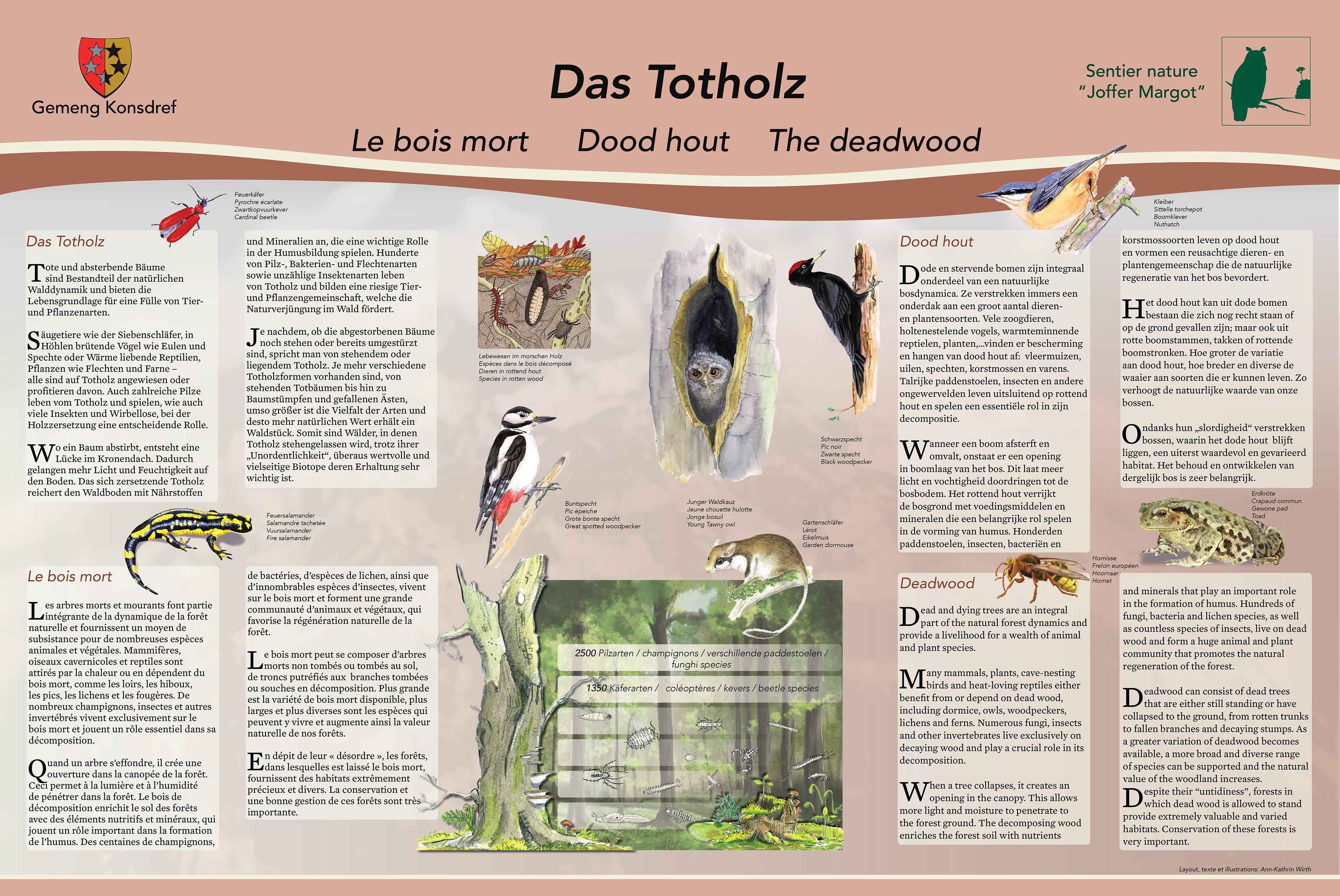 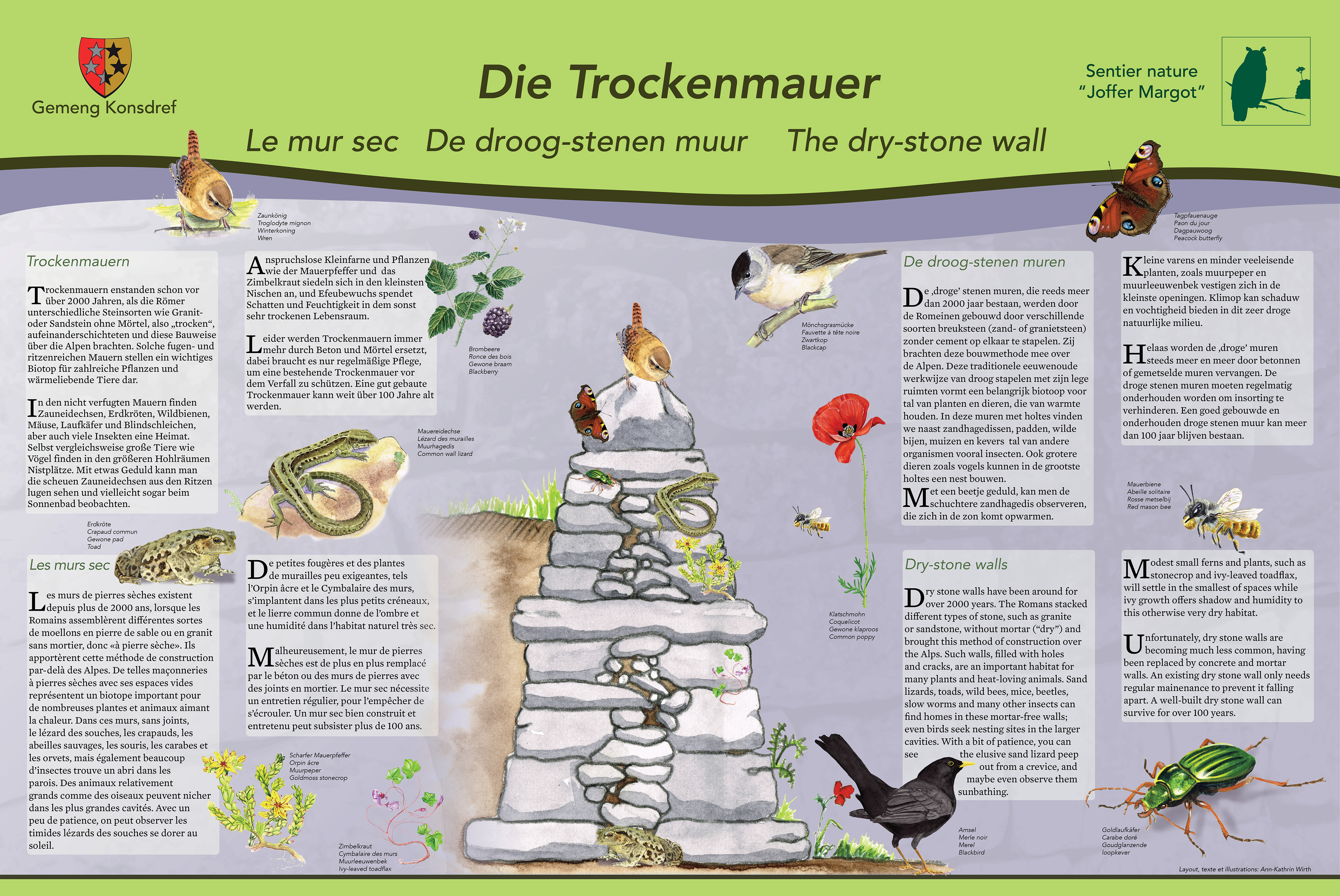 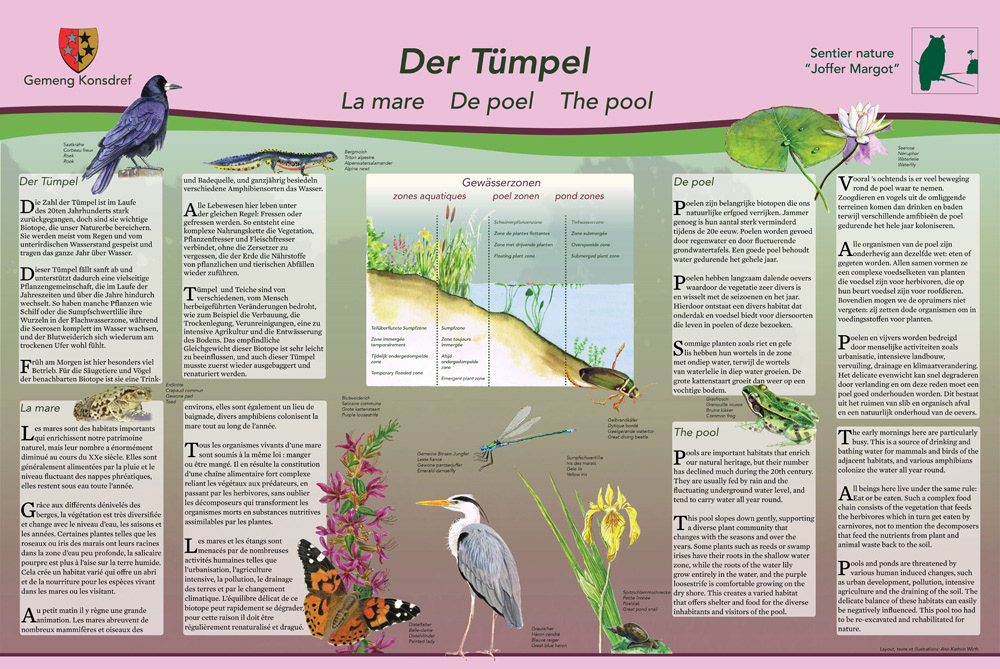 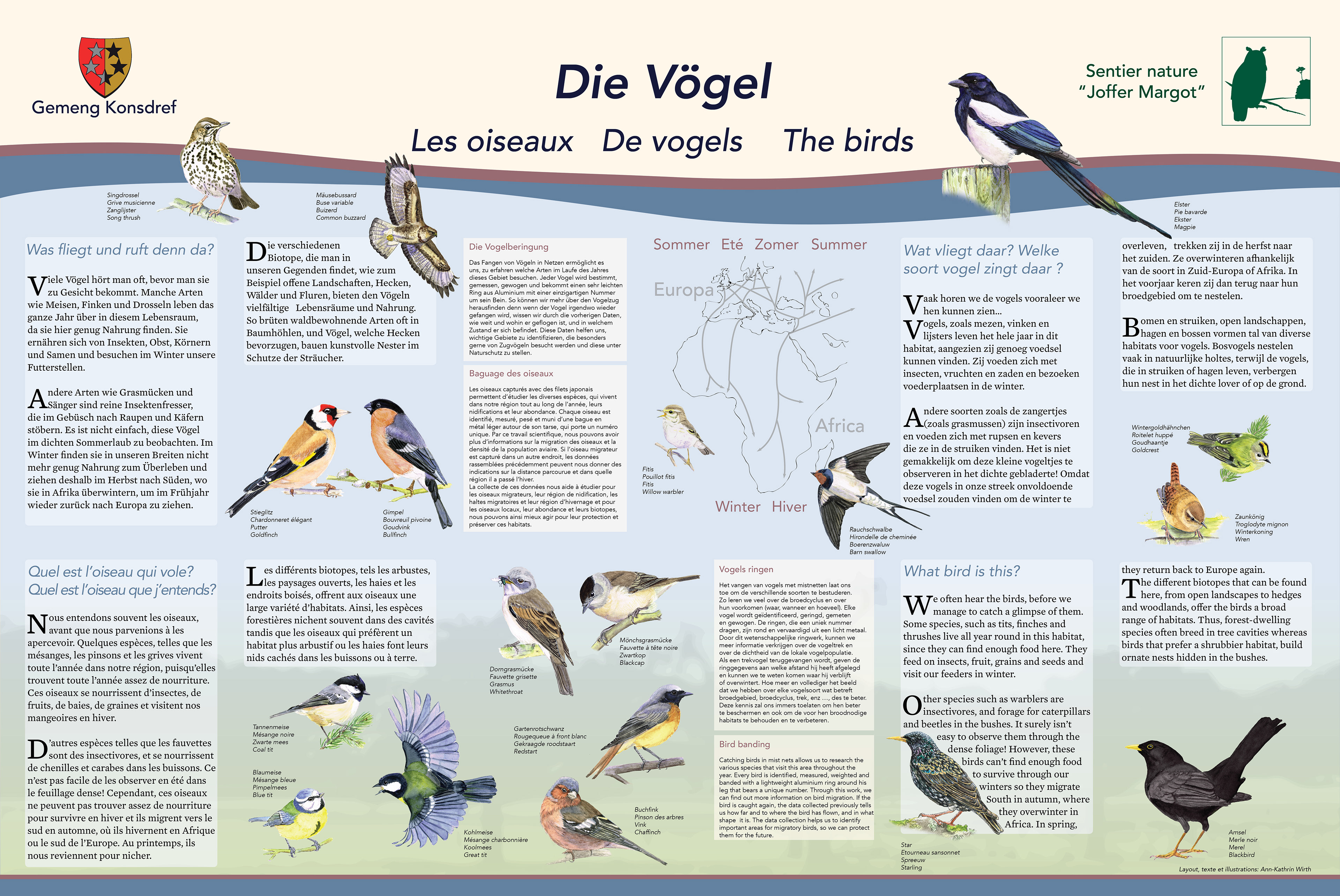 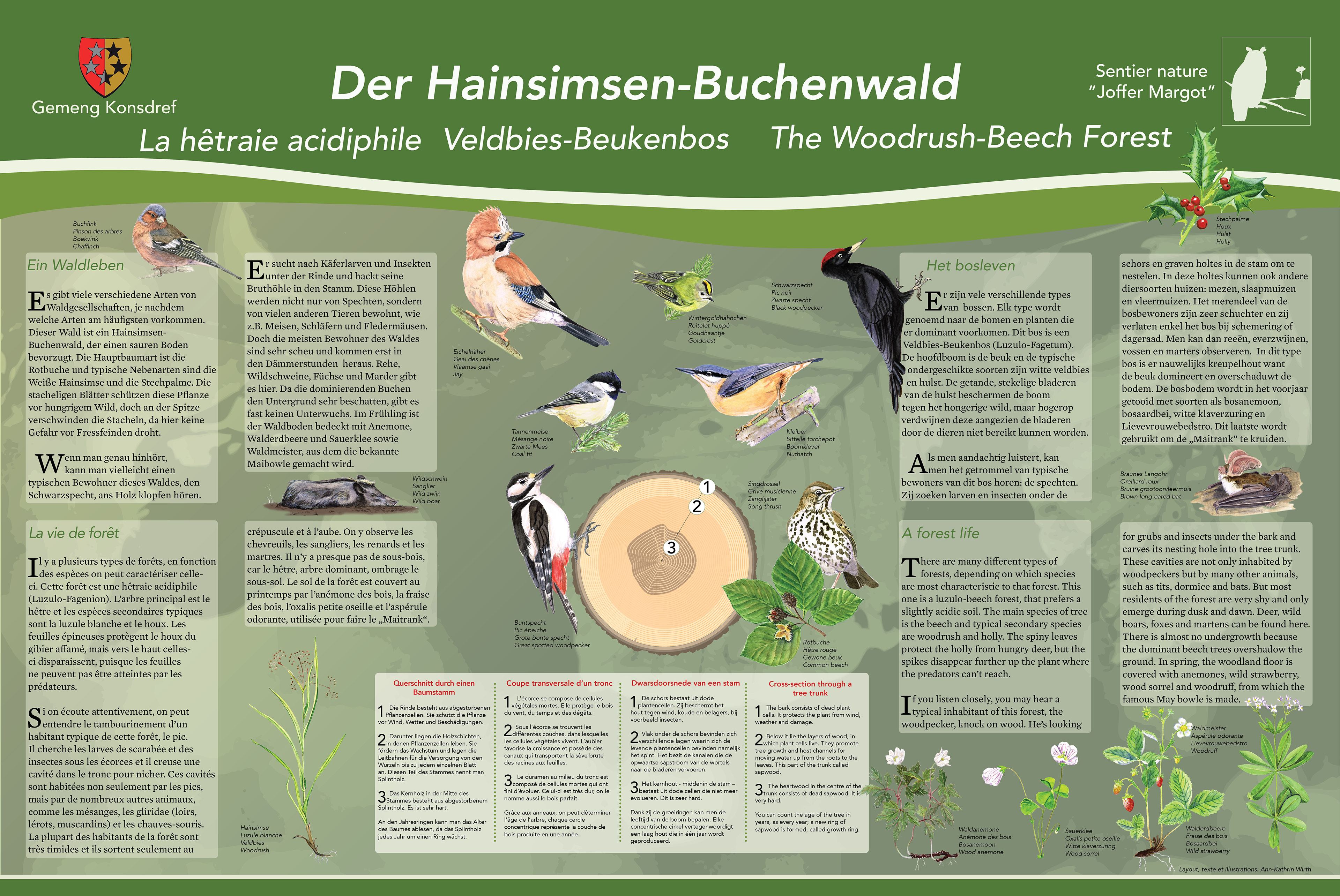 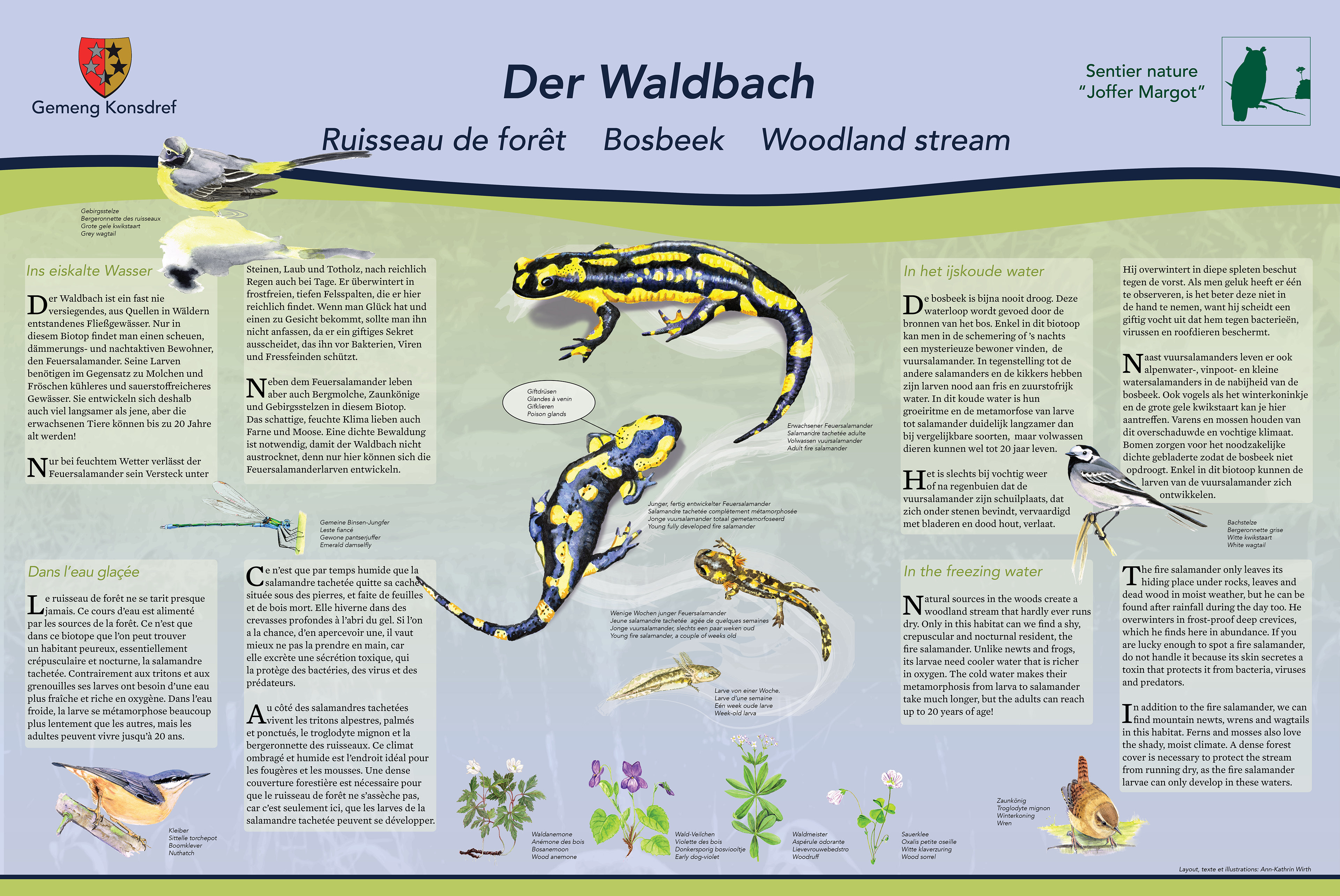 A special printable booklet has been designed for primary school schildren. A PDF is available to download on the website of the Consdorf commune: http://www.consdorf.lu/tourisme/circuits-auto-pedestres 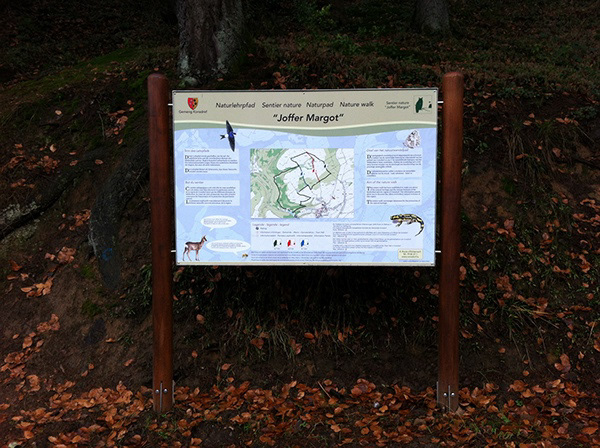 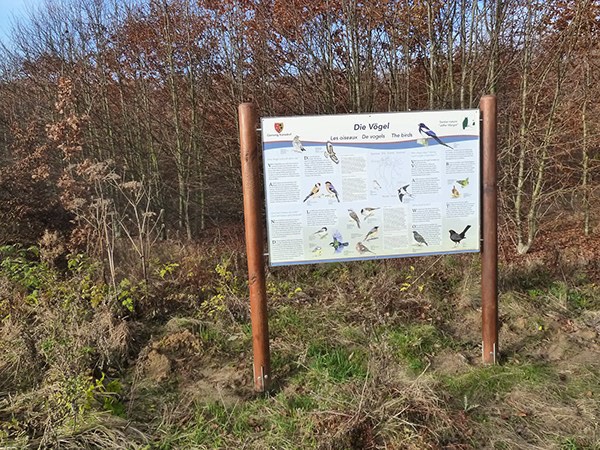 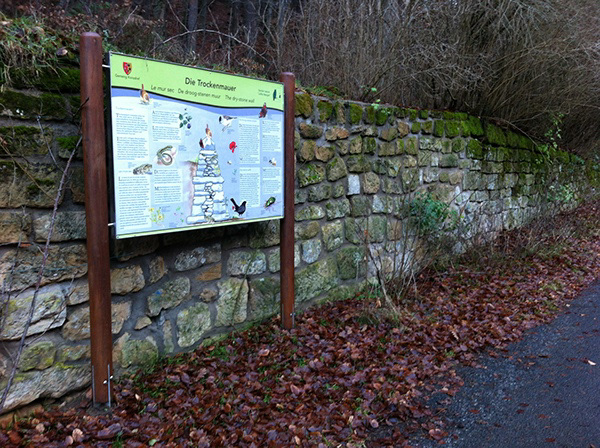 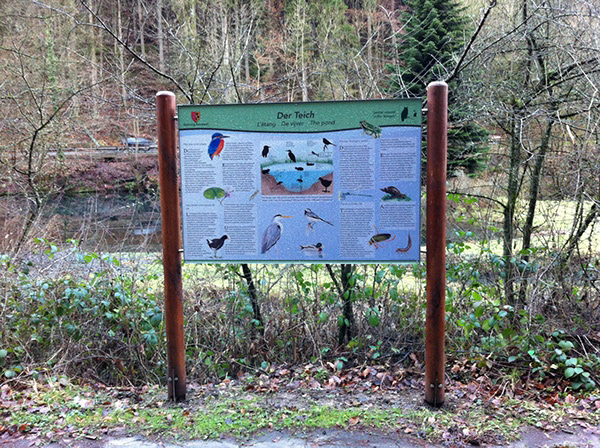 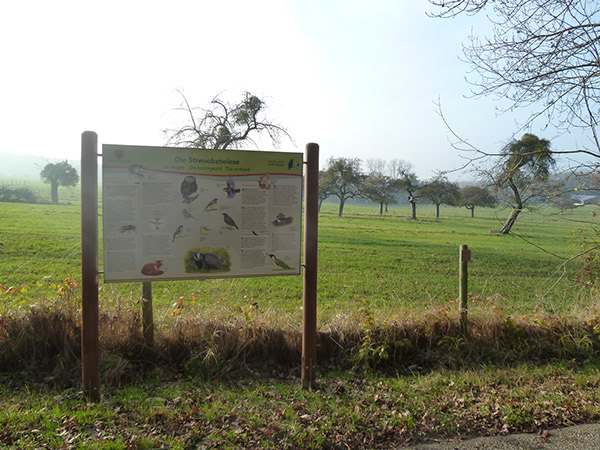 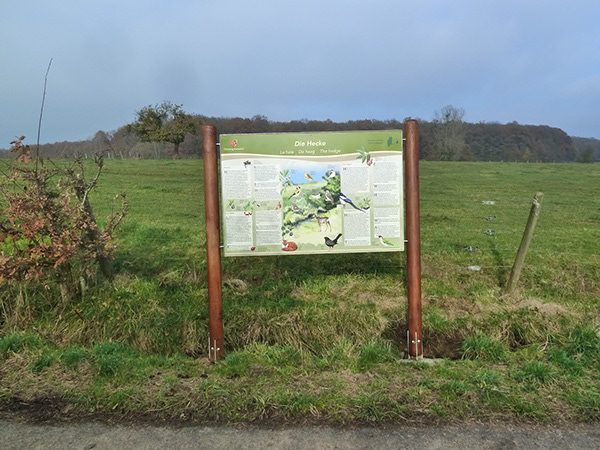 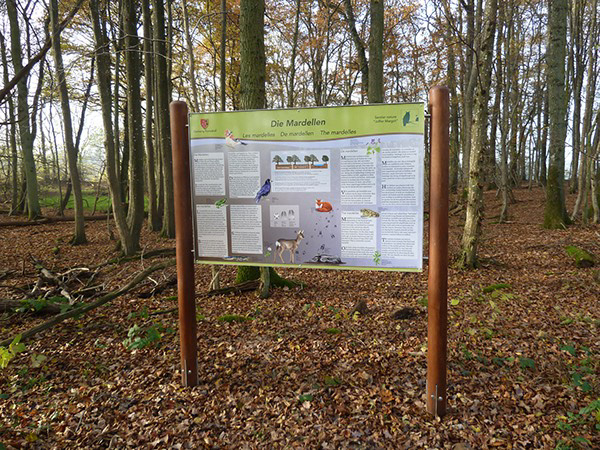 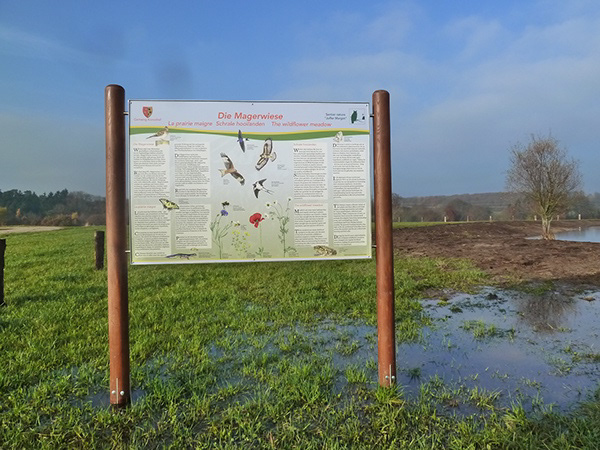 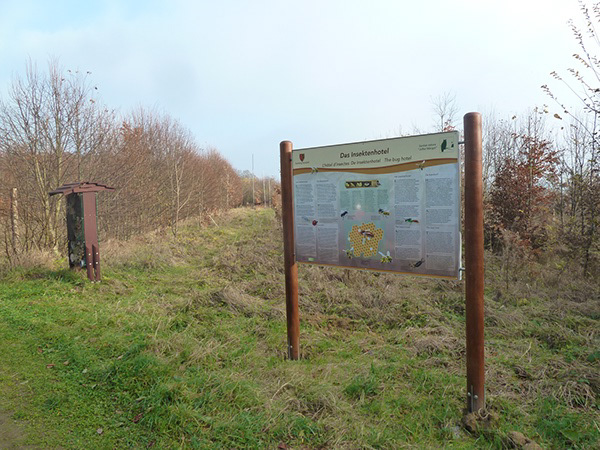 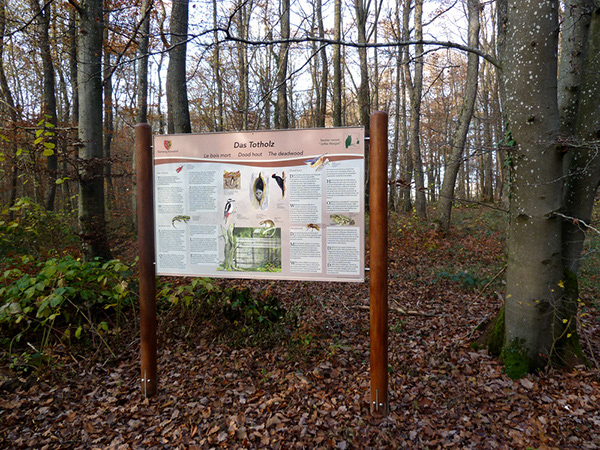 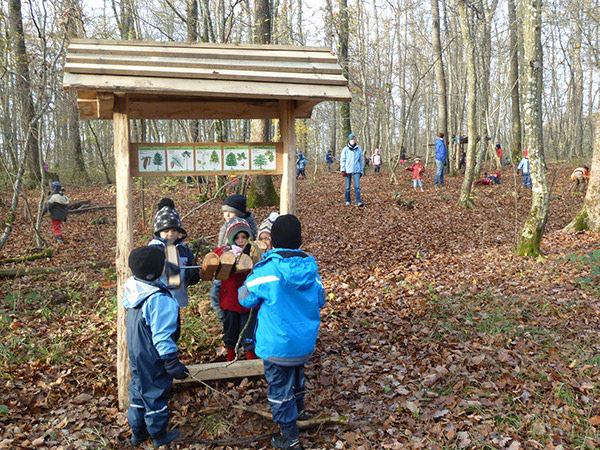 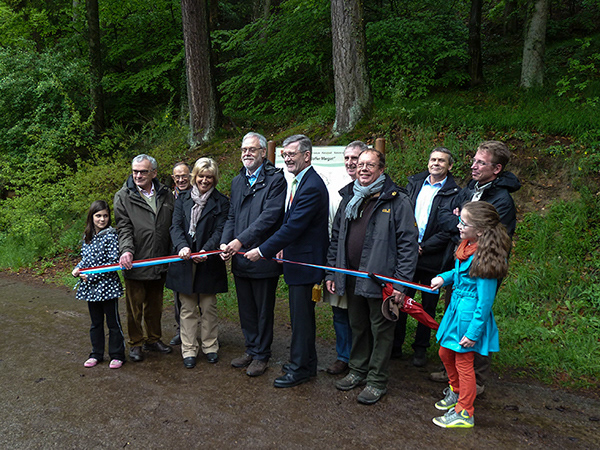